From the Editor-in-Chief’s desk: Your October 4 briefing

The state of the Colonial War Memorial Hospital in the Capital City of Suva continues to attract attention on the front page of The Fiji Times’ edition for Tuesday, October 4.

We also have a little piece on a political party writing against the ruling party.

Here are some headlines inside:

THE People’s Alliance party has written a 50-page letter of complaint against the FijiFirst party to Supervisor of Elections Mohammed Saneem.

UNITY Fiji have announced 13 new provisional candidates from all walks of life to contest the 2022 polls.

CHILDREN drinking alcohol, sniffing glue, picking-pockets and engaging in many other unlawful activities is the norm in Jittu Estate.

MANY unlawful activities that take place in Jittu Estate, Raiwaqa, are done by people who are not from here, claims resident Eroni Delai.

THE parents of Waisea Tikomaiserene, the 16-year-old boy who died during a drinking party at Jittu Estate on Sunday, claim his death may have been linked to him being thrown to the ground during an argument.

THE Suva High Court acquitted a man from Lau, who was charged with one count rape.

RAPE of a child is one of the most serious forms of sexual violence and offenders should be dealt with severely.

The Attorney-General’s lawyer, Gul Fatima, “inadvertently” misled the High Court by referring to the wrong version of Rule 16 of the Court of Appeal Rules, says Australian King’s Counsel Martin Daubney. 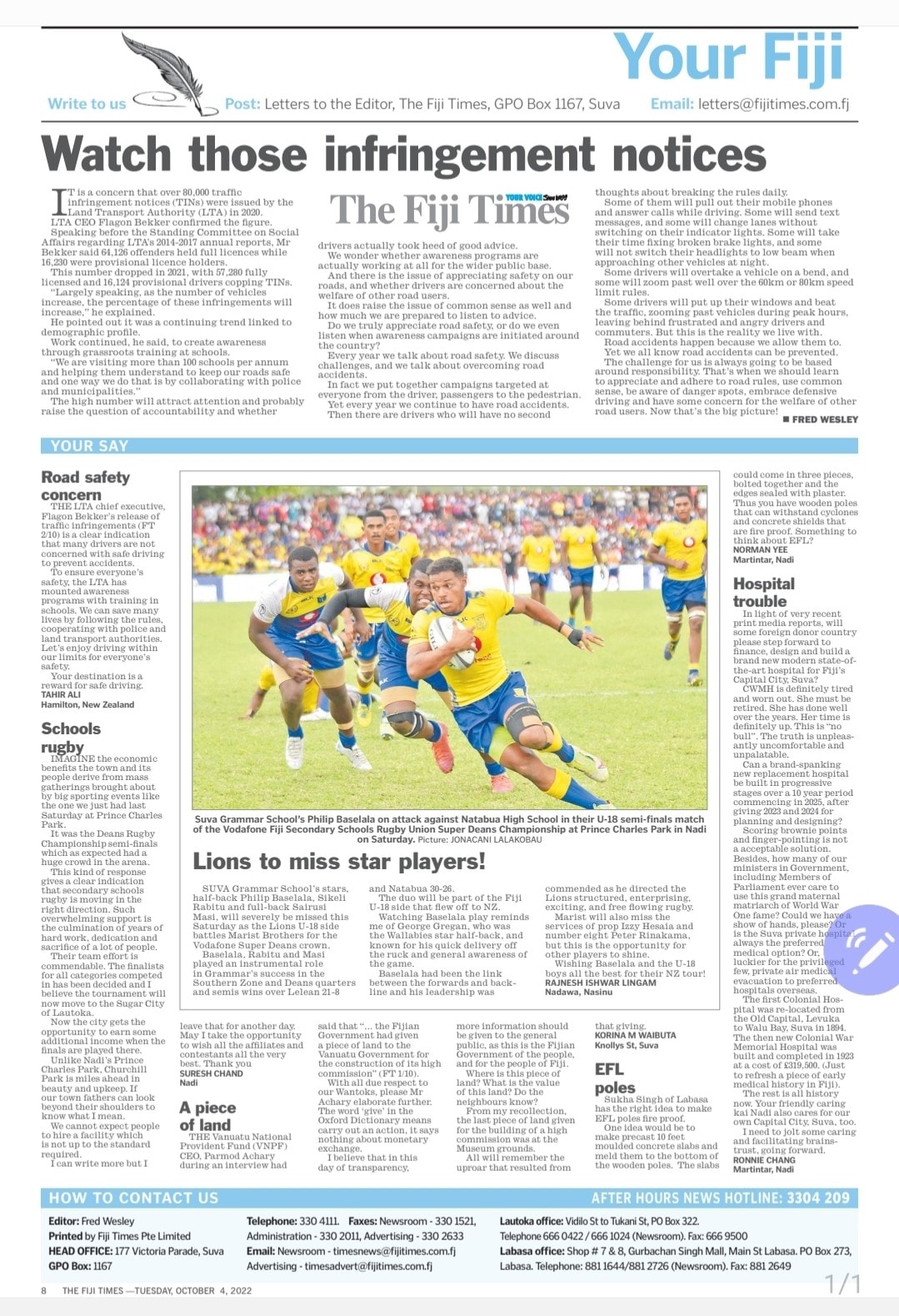 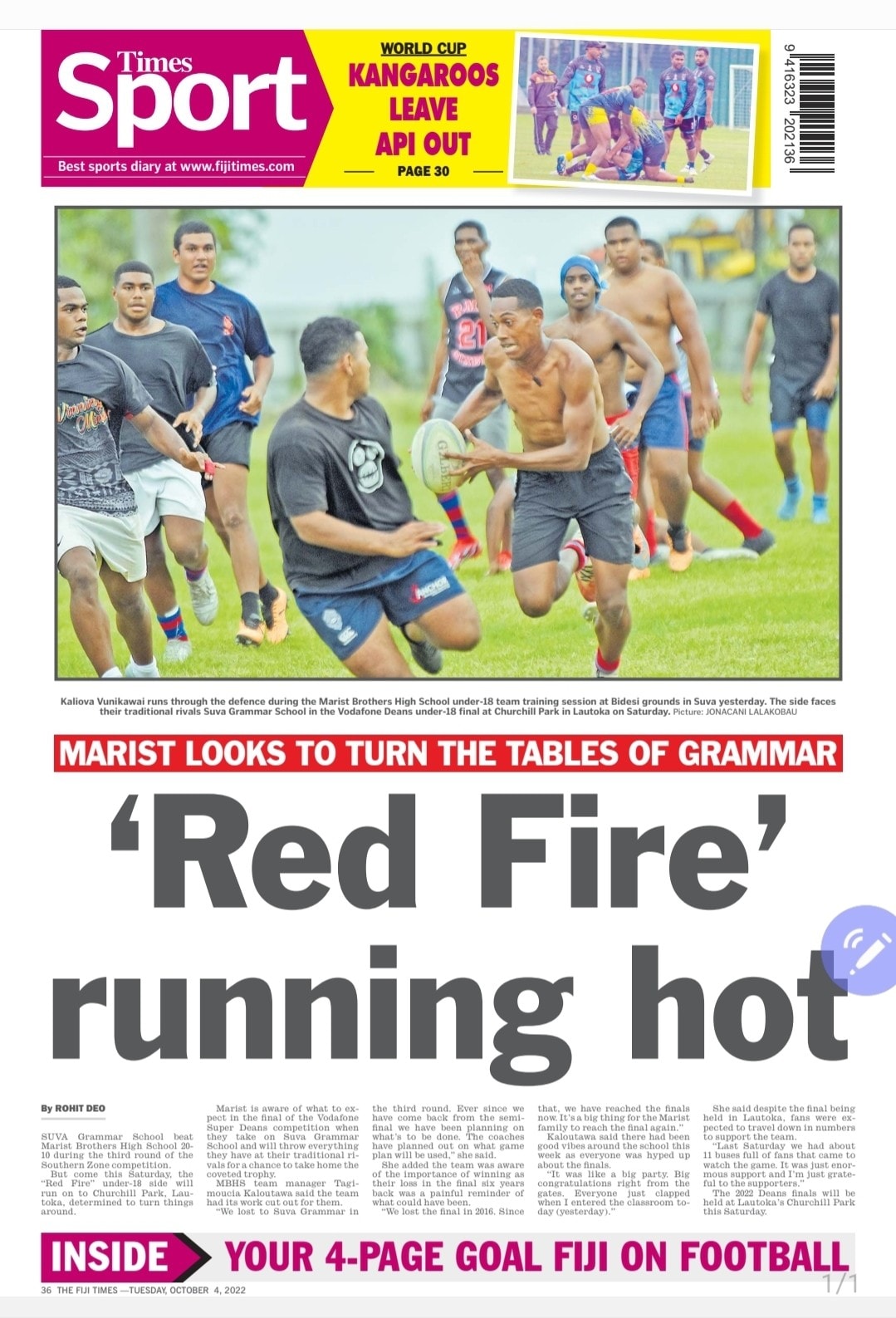 Call our Circulation Department for subscription rates. Call us on phone: 3304111 and talk to Setaita, Jervis, Ropate or Shamal.

They may just have a rate that suits your budget! Think about it! They could organise the delivery of your newspaper fresh off the press every day, right to your doorstep.

No hassles, no worries!

Prefer to read the newspaper online? Then subscribe to the e-edition! There are simple instructions to follow to get to the daily edition!